Banco Sabadell once again entrusted Sono Tecnología Audiovisual to carry out the audiovisuals for their shareholder meeting, held this year in Alicante for the firts time due to the company’s change in registered headquarters.

The Auditorio de la Diputación of Alicante was chosen to host this corporate event, which brought together close to 1,200 people.

As in past occasions, Sono was tasked with providing the rentals of audiovisual systems and equipment, as well as suppliying know-how for integrating the technology needed for such an event.

There was an enormous 12 x 3.5 metre Absen A3 LED display with maximum image quality made up of 168 individual tiles and supported by a Layher ad hoc structure. A double video processor and a Barco Encore E2 content management system were used for image management.

The event was live-streamed with three professional Panasonic P2-3100 and was re-transmitted with sign language in three languages: Spanish, Catalan and English. A mirror-image teleprompter was also supplied.

Sono also undertook the production of video content with flash animations and audio clips. Duplicate media players were used for the corporate video in two language, and the three languages of the presentation (of both the principal and the back-up) were synchronised in Keynote.

The space was sound engineered with a L’Acoustic Kara electro-acoustic system, and it was managed with a Yamaha CL5 mixing desk. 14 KIVA loudspeakers were used, supported with DANTE audio protocol and standard IP packets over a standard Ethernet network.

More than 1,800 metres of fibre optic cable were used for data and signal streaming, and conventional lightning was used for the stage.

The dinning room of the Ereta Restaurant, where the press were hosted in an event prior to the board meeting, was also provided with a sound system. Arount 30 professionals including specialist video, audio and lightning technicians played a role in carrying out the event. 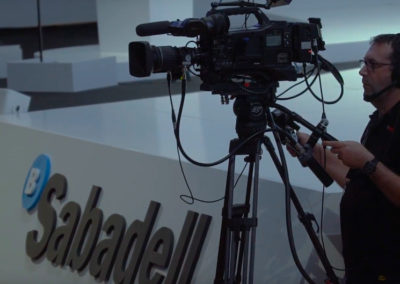 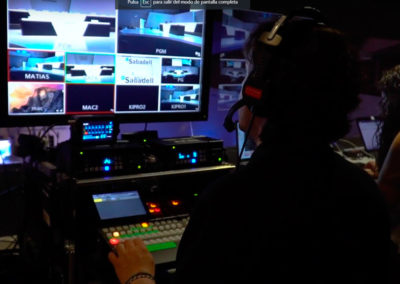 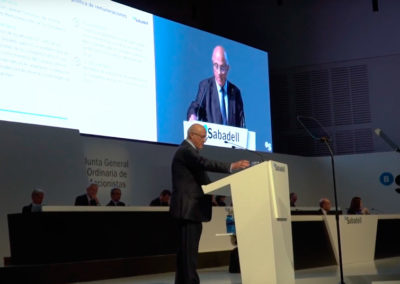 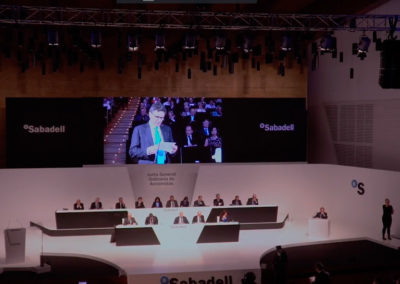 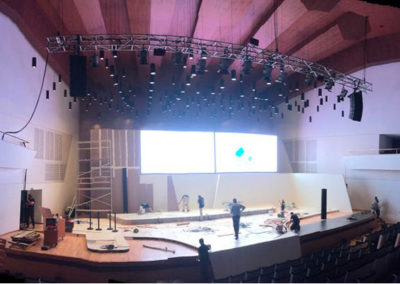 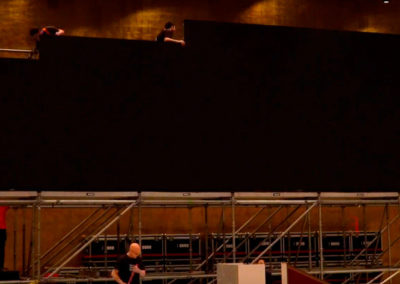 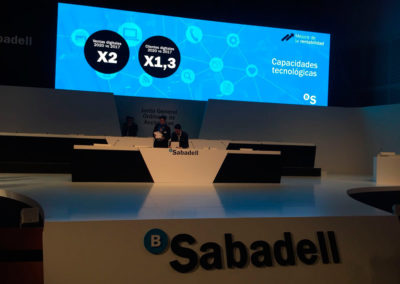 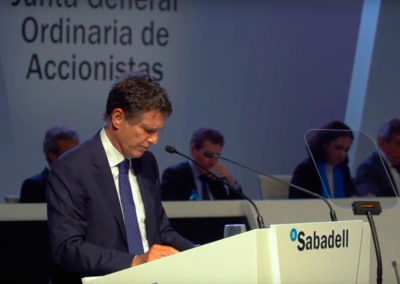 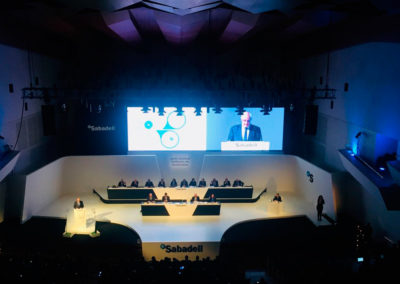 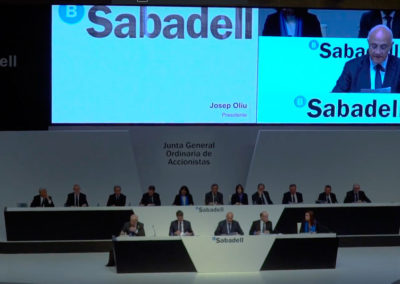