Audiovisual scenography for the new talent show on Antena 3

The new talent show on Antena 3, produced by Gestmusic Endemol, maintains the essence and structure of the sceno – graphy that was already in use Tu cara me suena (Your Face Looks Familiar). Sono is the audiovisual technology provider of this show, and provided technical assistance to all its episodes.

The two sides displays are 3.9mm Absen A3 Pro LED screens and 9×5 tiles that permit a quality image. The Absen A3 Pro is a slim and light interior panel with high contrast and intense blacks, and can be rapidly installed. Its pixel calibration guarantees colour precision and brightness uniformity throughout the display.

In the area of the arches, where the contestants enter the stage, 320×320 adaptable LED curl modules were used. In total there are 60 two-strip units. The 728 mini modules that cover the access stairs to the stage were LED Olite 510 modules, and were fitted evenly between the steps.

Lastly, for the jury table a plasma wall was used. This was formed of three, 46” LCD-LED displays with a depth of 6.9cm and a separation between displays of just 3.5mm.

In some of the acts it was possible to see a mosaic of four, front projection screens of differet size, hanging in the air. Onto these images were projected from two BARCO HDX W20 FLEX projectors, in order to complete the scene and give more audiovisual presence to the stage.

The sequel to Tu Cara Me Suena, which was premiered on March 10, can be seen every Friday at prime time on Antena 3 television. The peculiarity of this new format stems from the talent for imitating well-known artists and celebrities. This time though, the talent is from unknown participants who will soon not be so anonymous. 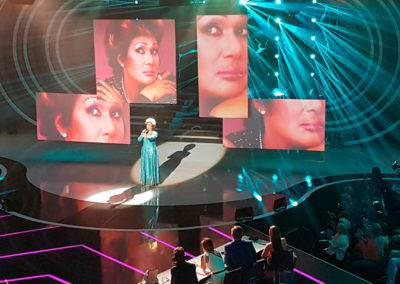 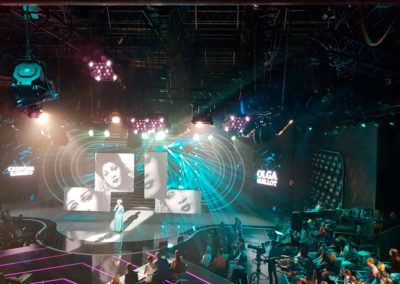 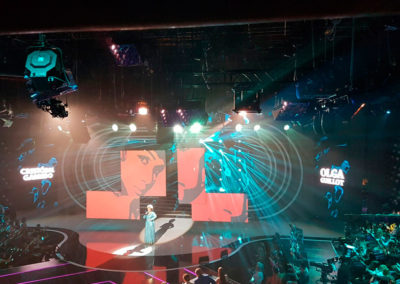 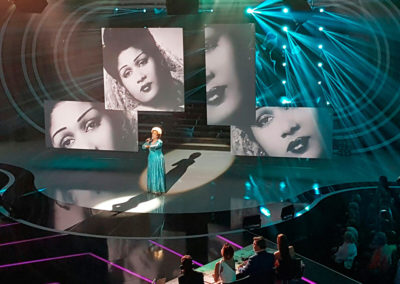 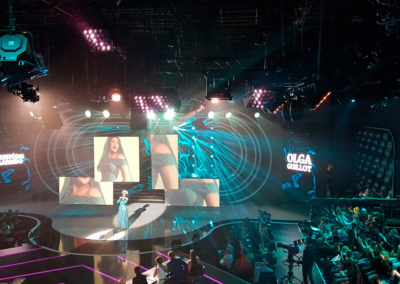