The new talent show, The Number One, is produced by Gestmusic and presented by Paula Vázquez. The opening show was screened on Antena 3 at primetime last March, and had a grand jury made up of none other than Miguel Bosé, Ana Torroja, Sergio Dalma, David Bustamante and Natalia Jiménez.

SONO collaborated with installing the audiovisual equipment that are built into the stage set and with technical assistan – ce for this equipment.

Element Labs-Barco versatubes fitted to the structure at the back of the stage with video texture screenings fully synchronised with the other projections.

1500mm Barco Mistrips fitted into the floor of the circular stage. Apart from the contestants’ area, they were also fitted above two symmetrical structures and distributed on columns. Video texture is screened in both areas and is synchro – nised with the other projections on the stage.

17 and 19metre long concave arcs, with 2×1 Martin LC series LED modules in vertical format. These arcs can rise or fall during the performance at the same time as synchronised video textures and images are screened.

Signal transmission to the different parts of the assembly with DVI fibre optic systems. 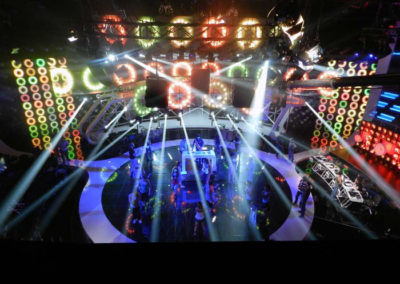 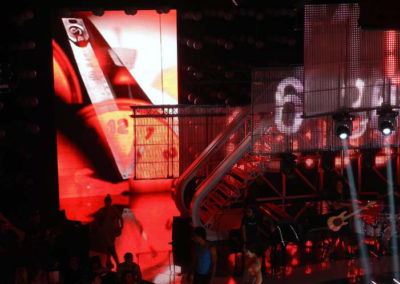 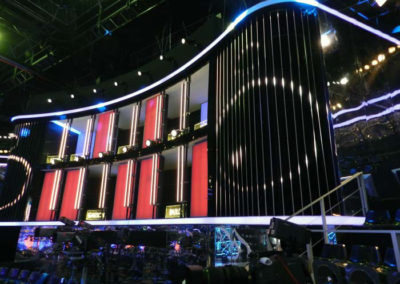 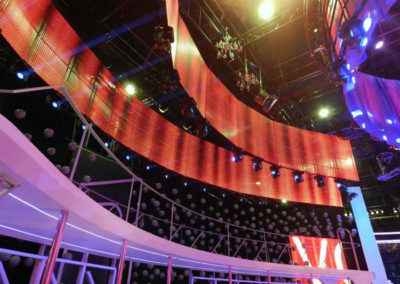 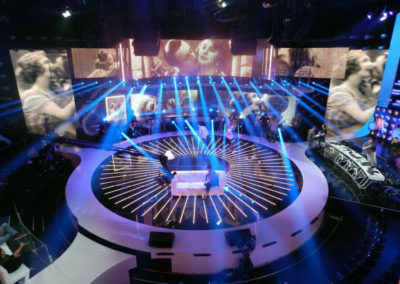 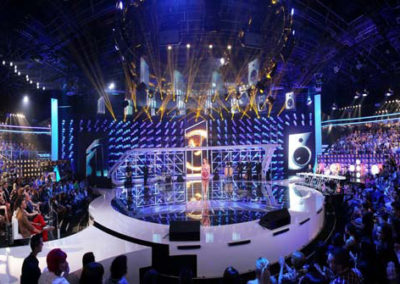 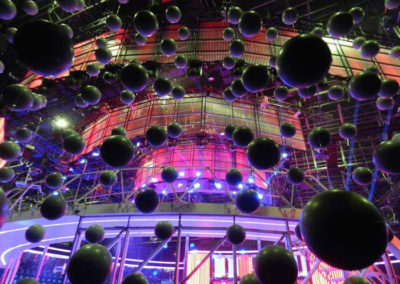 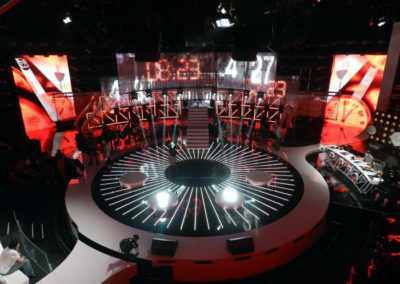 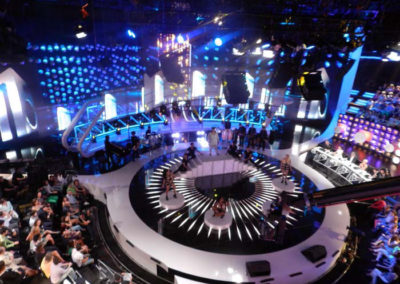