The Foundation fights against AIDS held on November 19 its charity People in Red to raise funds for research in the prevention and cure of HIV. The event, which took place at the MNAC (National Museum of Art of Catalonia) in Barcelona, brought together more than 800 people, including celebrities and personalities from business ans institutional and civil society, in a gala full of performances that could also be continue live streaming, thus maximizing the dissemination and the impact of the collection of micro donations.

Sono Tecnología Audiovisual was the audiovisual provider in charge of carrying out the event, installing 324 tiles of 4.8 mm LED screen, 81 m2, distributed in four locations within the oval room and where during the evening they were interspersed with different actions. Sono also contributed the management and routing of the Mediapro signals for the audiovisual managment of the contents on the screen, including the broadcasting of live video over the Internet.

The space with sound system L’Acoustic Kara, Kiva and Wifo was audited and the routing of signals was facilitated to achieve the simultaneity of the voicing of the space in all its zones. Mixel Digico, Yamaha and Midas were used to manage and regulate the sound of the performances.

The spectacular show directed by the television producer Toni Cruz had the presence of Jesús Vázquez as ambassador an host of a gala that count with the presence of the humorists Carlos Latre, Juan Carlos Ortega, Javier Sardá and the Morancos. Antonio Orozco, Amaia and Alfed García were other artists that performed at the gala, in addition to David Bisbal who was in charge of bringing a fabulous close to the gala.

The funds raised will go to three key points of the research: preventive vaccines, diseases related to HIV and the microbiome and new treatments and resistance for a disease that continues to affect more than 37 million people in the world. 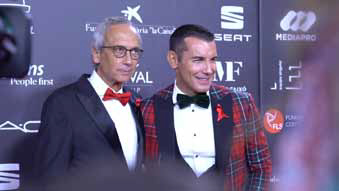 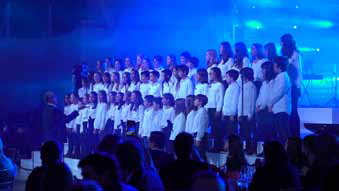 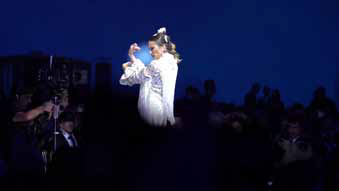 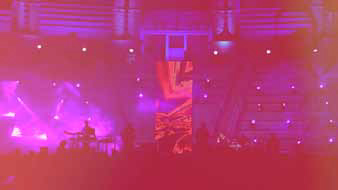