For the fourteenth year running Audi has supplied and delivered the official cars to the players of the first team of Real Madrid, in an event in which audiovisual technology was once again very present.

The players changed their habitual sporting equipment for competition overalls to face each other in a Formula E race, in teams, and with eight simulators. The aim was to experience the sensation of driving an Audi e-tron FE04, the first fully-electric, single-driver race car from this car brand.

A night route was especially created for this occasion, consisting of a two-kilometre route that perfectly simulated an urban circuit.

Sono, under the auspices of the agency WWP, created the content for the event, and produced the act with a multi-view system supported by a Barco E2 platform, with ten-window video production.

The attendees could follow the progress of the competition on the 14 x 3 metre Absen A3 LED display measuring 14x3m which was installed for this purpose, and could see the duels of the players who were in the lead.

Eleven cameras were used: one steadycam, two fixed cameras and eight GoPro which captured close ups of the faces of the players and their expressions throughout the competition. There was a video control system managing the input of video signal from the game, which was supplied by Virtual Racing.

Sono installed the sound, video and lighting equipment, and was the driving force for all technical matters throughout the event.

After this virtual competition, the players of Real Madrid received, individually, the keys to their new vehicles for the 2017-18 season. The act was presided by Guillermo Fadda, director of Audi España, Florentino Pérez, president of Real Madrid and Francisco Pérez Botello, president of Volkswagen Group España Distribución.

As always there was mass media coverage from more than 150 accredited representatives from the press, and the event was live-streamed worldwide. 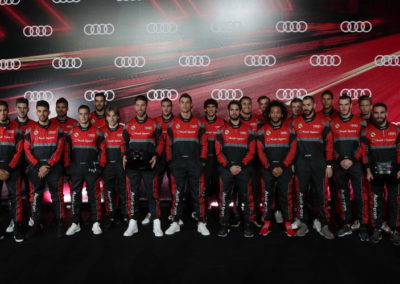 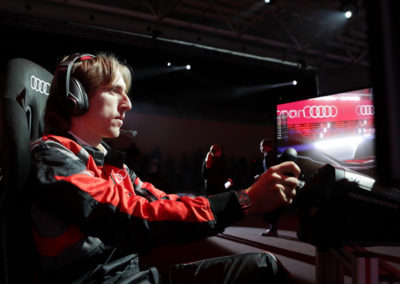 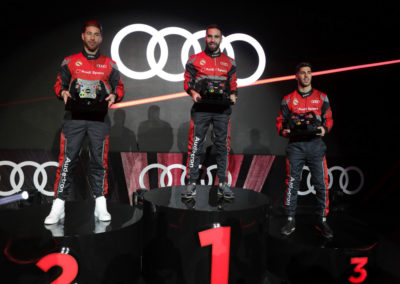 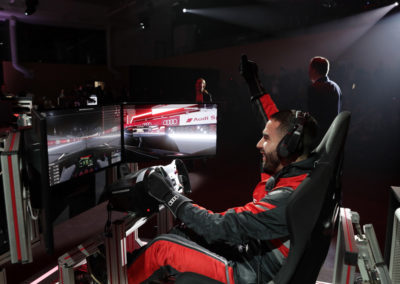 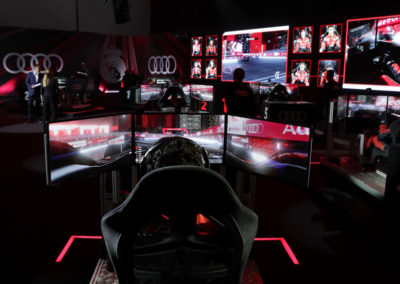 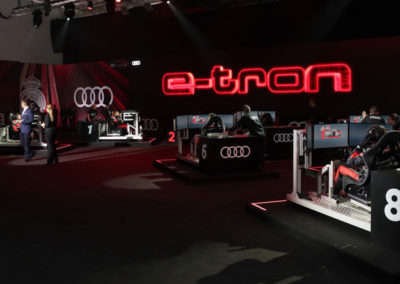 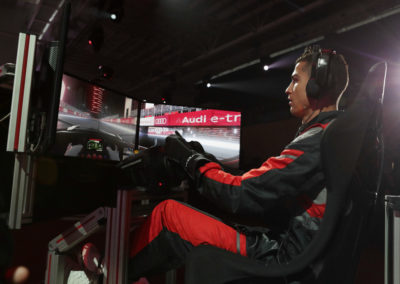 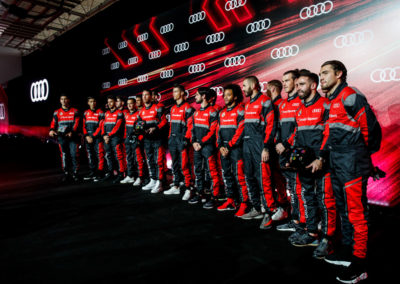 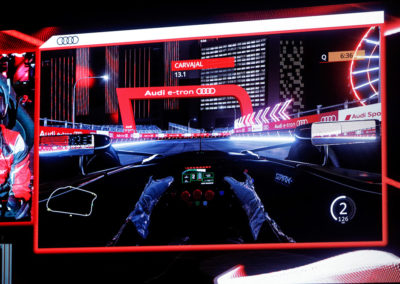 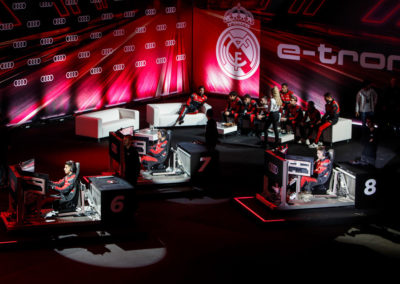