The aim of this event is to promote the business environment of the area and to encourage debate and reflection. The event continues with its format of themed one-day seminars with invited national and international speakers from the fields of politics, economics and social affairs. This year’s edition kicked off with the presence of the French exminister Ségolène Royal, who in January opened the conference with a seminar on the three challenges of climate change. There are five more events planned in the agenda for upcoming months.

On this ocassion Sono provided the creativity in the stage design, which incorporated a 16:9 projection screen measuring 5.18 x 3.05 metres. A 14,000 lumen Christie DLP projector was used, as well as a monitoring system and an ENG kit for giving internal coverage to the act. The hall was sound equipped by means of 12 NEXO loudspeakers, between the woofers and monitors. Headset and lapel microphones were provided for the participants and speakers, as was a rack for the press for broadcasting.

The stage set was finished off with a skyline of the most emblematic buildings in the city of Cornellà. It was built in wood and was a lit by a changing light setting that provided constrast with the background light in the room.

There will be more events on 16 March, and it will be the turn of journalist and writer Kepa Aulsesia to take part in the first ‘face to face’ of the season. This will feature Sakia Sassen, expert in globalisation and the well-known architect Luís Vidal. The event will take place in the Museu Agbar de les Aigües. 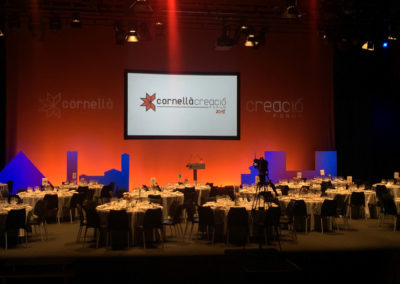 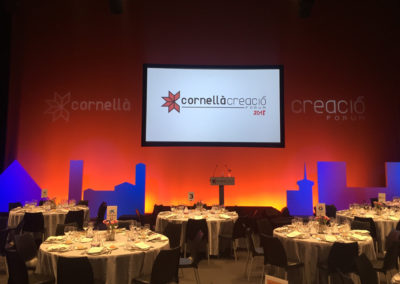 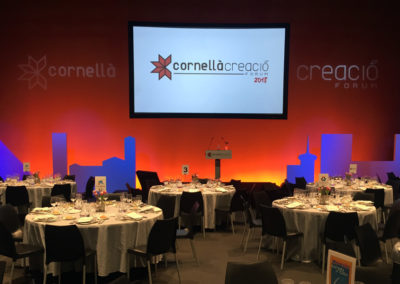 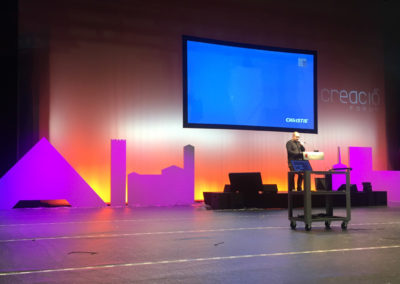