With a new AV scenography for the TV set, the show becomes ratings leader in prime time.

Last 18th of september Gestmusic and Antena 3 premiered the new season of Tu cara me suena. The 4th edition comes with new contestants, changes in the show format and a renewd TV set.

For this new scenography, Gestmusic has relied on Sono as AV technology provider for TV shows. Sono offers:

set up and technical assistance for the recordings of the show

The TV set is made up by many displays of different sizes and features perfectly integrated:

The access door for contestants is framed by 6 archs formed by 120 modules of flexible LED Curl screen of 10mm resolution.

The stairs are composed of 748 mini modules of LED Olite 510, also of 10mm, distributed in the steps. 2 big LED screens Absen A3 Pro, a high resolution display of only 3,9mm pixel pitch.

The table for the jury integrates a videowall formed by 3 LCD displays of 46-inch with separation between bezels of just 3,5 mm.

The second program of this edition has surprised the audience with the performace “2 in 1”, which has caused a big sensation also in Twitter. It consisted of a spectacular virtual projection with effect of hologram , allowing the contestant Ruth Lorenzo to split into Freddie Mercury and Montserrat Caballé to sing “Barcelona”, hymn of 1992 Olympics. 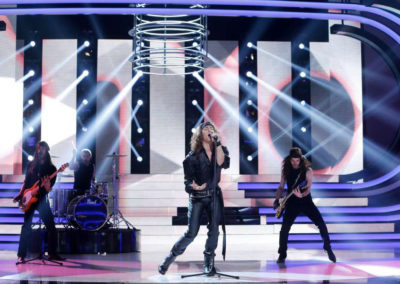 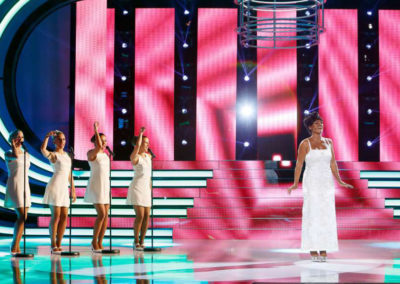 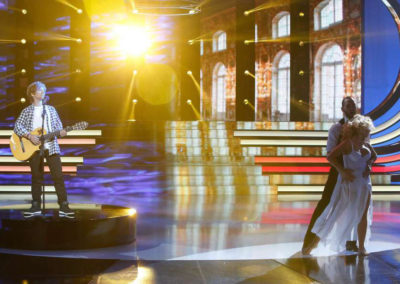 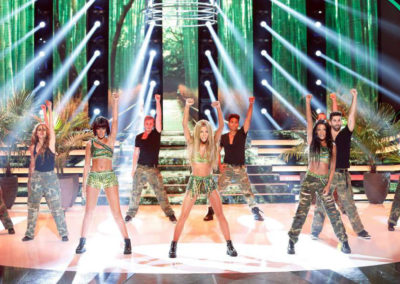 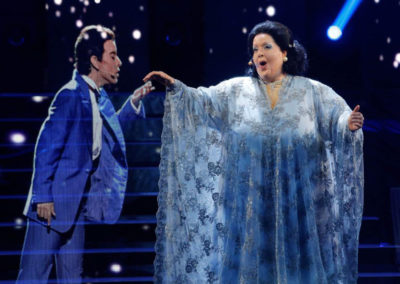 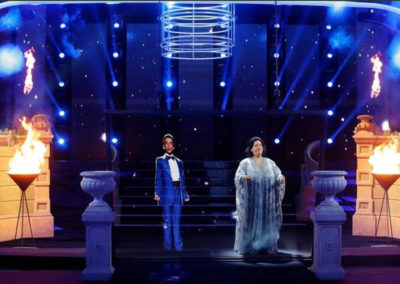 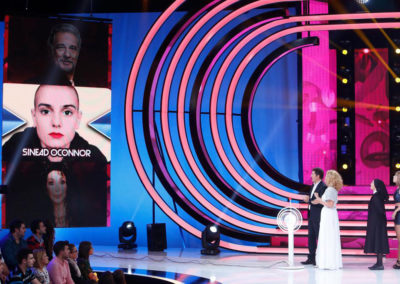 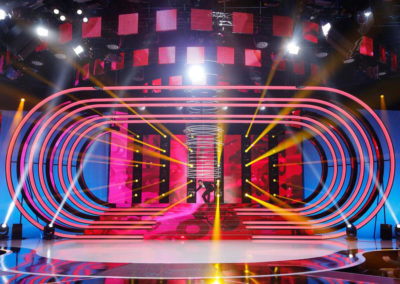 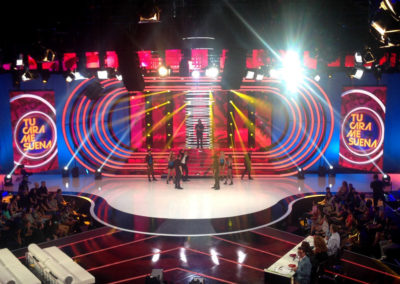