Sono Tecnología Audiovisual took care of facilitating the complete audiovisual coverage for the General Shareholders’ Meeting of Gas Natural Fenosa in an event that brought together more than 1.200 people. Technical service as well as AV equipment and systems were provided for the realization of the event in IFEMAs auditorium and seven additional spaces.

Main stage of auditorium consisted in a 15 meters base screen per 3,25 meters high, with ultra-panoramic format, where contents created specifically for the event and corporate videos showed were projected as well as the live broadcast of the event.

To each side of the central screen were placed two complementary screens, also with the same technology of UHD projection, working with colorimetry and the light power, to create an immersive effect in consonance with stage scenery design. Video processor BARCO E2 was used to send and manage contents to different monitors as well as Watchout system.

The core set was completed with installation of ten 24-inches monitors for the presidency table.

The realization of the event was carried out with a rack of 5HD cameras and a robotic camera which was installed in trusses and micro cameras to monitor the different parliaments of experts focused on the presidential and lectern area.

Sono relied in L’Acoustic audio equipment for the sound coverage of the event. Two PA were installed on the ceiling with 12 acoustic enclosures to ensure sound reinforcement. Equipment was processed digitally to achieve sound pressure sui- tability in every space of the auditorium and prioritizing uniformity of power and intelligibility. It also included five acoustic enclosures for each side having 4 Infield, 4 Frontfield and 2 Sidefields. In addition, 8 subwoofers were placed as support for the PA.

A digital mixer MIDAS PRO 1 with 48 channels was used to manage all integrated audio system.

In this occasion, a study of white light was contemplated for the stage, as well as spectacular ligthning and creative accompaniment for the differnt scenes. They were used:

4:3 projection was provided on a screen of 9:35 m2 so that journalists could follow the development of the Board in a press room with capacity for 90 people and with 80 audio jacks available.

Gas Natural Fenosa took advantage of the meeting with its shareholders to reinforce the recent change in its Brand image through the different audiovisual impacts. 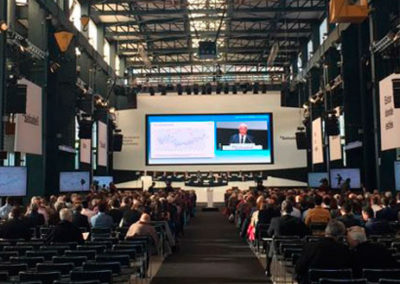 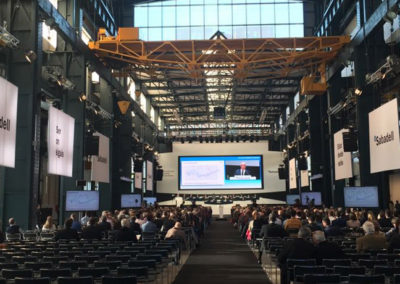 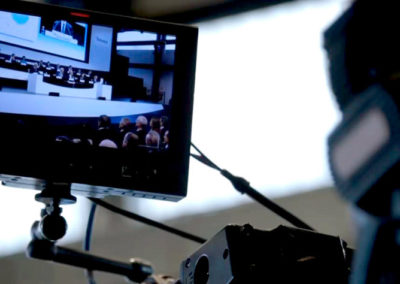 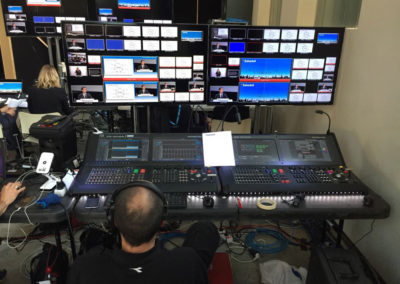 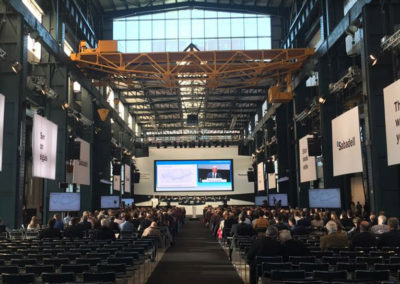 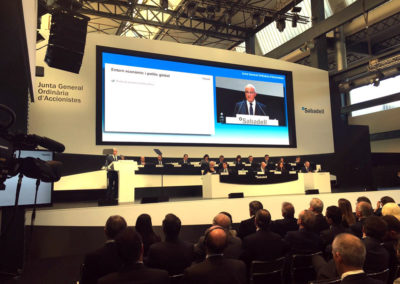 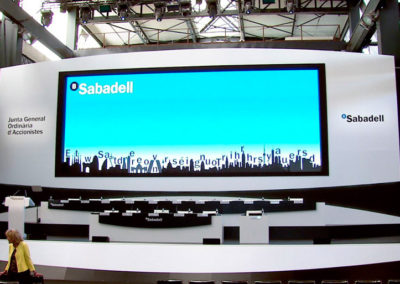 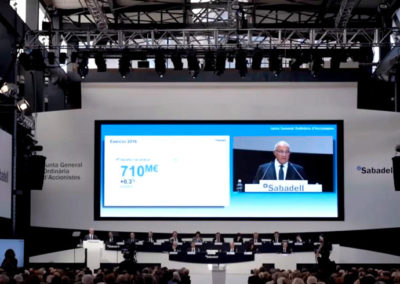 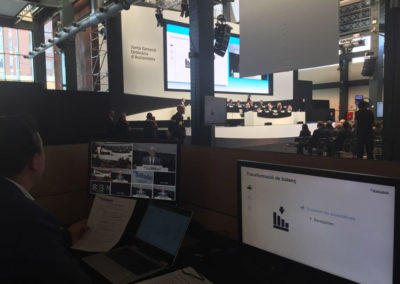